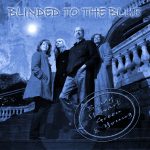 Brady, Stewart, Green & Young are a quartet whose members, Stephen Brady, Alissa Stewart, Liz Green and Sandra Young originally hailed from lower Blue Mountains area in NSW and met in 1980 while performing at an annual Carols By Candlelight extravaganza which Stephen would stage each year in the front yard of his home.

After decades of performing and recording together in various combinations they formed a quartet in 2008 and recorded their debut album called ‘ARROW’. Singles released from this album topped the all-genre AMRAP AIR-IT download Chart and received airplay in all 49 mainland states in the U.S.

The recording of their follow-up album, ‘BLINDED TO THE BLUE’ was delayed for several years due to family illness and personal commitments but the long-awaited album will soon be released.

Their music straddles various genres including Country, Folk, Celtic, Roots, Americana, Bluegrass, Gospel, Acoustic and popular ballads while tipping their collective hats to their musical influences from the ‘60s and ‘70s.