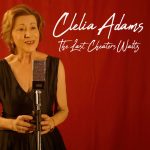 Clelia Adams has been part of the very fabric of  Australian country music since 1975, where in Tamworth as a session singer, her stamp was on most of the albums to come out of Country Music Capital from 1975 to 2000.
A sea change to the village of Mullumbimby in 2000 saw the beginnings of an international country music profile with her first solo album Bring It On and with each successive album release, she became the darling of the European and UK charts. Her evocative music mix of traditional roots classic country, western swing, honky tonk and rockabilly kept this captivating entertainer at the top of the Australian and European charts for 20 years.
Clelia has amassed a huge collection of awards including The Wall of Honour for services to the Professional Recording Industry in 2008, Inducted into the Hands of Fame in Tamworth in 2010, inducted into The Stockman’s Hall of Fame (Tasmania) 2012 as well as a long list of Song Writing awards and Female Vocalist of the Year nominations and awards.