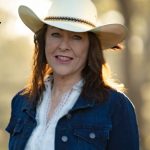 DIANNE LINDSAY is a multi-award-winning singer/songwriter with a strong leaning to the bush ballad/traditional country genre.   Country music and the Australian bush have always been close to her heart and Dianne has combined the two to become a much sought-after artist.

To her credit are several Golden Guitar ‘Bush Ballad of the Year’ nomination/finalist placings and numerous awards such as Tamworth Songwriters’ Awards; Southern Stars; Peoples’ Choice and Female Vocalist awards amongst many others.

Dianne co-hosts the Australian Bush Ballad Show, a weekly national radio program and is always promoting traditional-style country music.  In 2014 Dianne was inducted into the Tamworth ‘Hands of Fame’; 2022 to the Bungendore ‘Wall of Recognition’ and to the American ‘Old Time Country Music’ Hall of Fame in 2011.   Dianne also produces and co-hosts the very successful ‘Back To The Bush Spectacular’, a major concert at the Tamworth Country Music Festival each year and also co-hosts a bush ballad concert at the Gympie Muster each day.