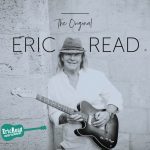 Eric Read is a long-time all rounder – drummer, singer, songwriter, guitar and bass player, storyteller and comic who just loves entertaining and making people laugh.
Eric is living testimony that it is never too late to chase your dreams.
While entertaining people was a constant in Eric’s life from his teenage years, after semi-retiring from telecommunications in 2012 he fully pursued what he truly loves through music, ventriloquism and comedy.
He’s now relishing a new phase of life as a songwriter and ventriloquist on the beautiful Sunshine Coast, Queensland, Australia, where he and his wife Jacinta operate their growing entertainment business Read Entertainment.
Eric Read’s Variety Shows feature Eric on guitar and vocals, playing a vast repertoire of music including classics from the 50s right through the decades, a bit of traditional and modern country, trop rock, comedy and Aussie classics, plus his growing repertoire of his own songs. His ventriloquist sidekick Sparky is a feature of his variety shows.