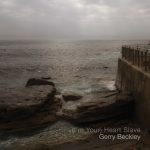 You will know him as half (originally one-third) of ‘America’, a troupe that celebrated its 50th-anniversary last year and enjoys enduring hit singles, membership of the Vocal Group Hall of Fame, and a star on the Hollywood Walk of Fame.  All well and good and still a going concern that Gerry Beckley remains proud to be a part of but the band is not necessarily able to house all the music Beckley creates.

Since 1995 Beckley has released eight studio solo sets so far. KEEPING THE LIGHT ON – THE BEST OF GERRY BECKLEY takes stock of that journey. The newly formed label Tasman Music has licensed the album from Los Angeles label ‘Blue Élan Records’ for the Australian and New Zealand territories. Gerry has been living in Sydney with family full time during the lockdown. In fact, for the last 8 years, he has commuted back and forth from homes in the US and in Sydney, in amongst a busy schedule of over 100 shows a year with ‘America’.

Gerry says “America, like all touring acts, have been on hiatus for the last year but I consider myself so lucky to have been able to spend the year here in Sydney. I used the time to (finally) build a home studio here, something that I’d been considering for years.  Gerry said “I have treasured my frequent visits to New Zealand over the years. Performing from Auckland to Queenstown and many towns in between I have had the opportunity to enjoy, not just the scenery, but the hospitality of many Kiwis over the years, so bringing this music to Australian and New Zealand fans is something I am looking forward to”.