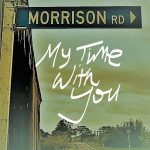 Wayne Morrison, Australian Singer/ Songwriter/ Guitarist/ Producer has been involved in the music business since the late 1960s. Playing in various bands around Melbourne and interstate, he quickly gained a reputation as a Guitar Player and Songwriter.

Leaving for England in 1976, he spent a few years living in Cambridge where he joined SPRIGUNS who were a Folk /Rock band. After recording a highly acclaimed Album called Time Will Pass, Wayne was offered a Recording contract in America, so he and his wife moved to L.A. There he recorded an Album which never got released, due to contractual problems, so they moved back to Melbourne.

Wayne continued playing in various successful bands and ended up moving to Tamworth N.S.W. and carved out a carrier with his own band V8 Deluxe. He produced albums for Artists, such as Craig Robertson, Rex Dallas, Gina Timms and did various sessions at Enrec Studios in Tamworth. Today, Wayne lives with his partner Jill in New Zealand and continues to record, write songs and record a number of local artists in his Home Studio.