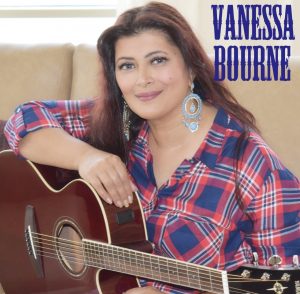 Best known for her Traditional Country music, Vanessa Bourne has been loyal to Traditional Country for several years. This year, true to her loyalty, she journeyed from (Home) Phillip Island in Melbourne, Australia and visited Nashville, Tennessee, USA to record her first album “YOUNG AT HEART”.

Her soft mellow voice and calming tones originates from her childhood home, which were filled with tones of Merle Haggard, Patsy Cline, George Jones, Loretta Lynn and other greats. Having grasped the true essence of Country music, she found her perfect producer Curt Ryle in Nashville, Tennessee, USA and has trusted him and his experience to keep her music traditional county.

Initially, her first steps in Traditional Country were singing cover songs and then about 2 years ago she evolved into writing her own songs and going original.

The first song Vanessa wrote “Hurtin’ Over You” was produced by Curt Ryle went to #1 on the Europe Country Charts (International mainstream country music charts top 40) and songs like “Not Too Old To Love Again” and “I Love You Way Too Much To Say Goodbye” followed suit.

Vanessa took her big step into the limelight when she went to Nashville to record her first album YOUNG AT HEART earlier this year. While in Nashville she was signed to Black Ribbon Records LLC, Nashville, Tennessee. Every song she has released from the album is on almost every country radio station from Australia to Europe to America.

Her songs are admired for her perfect diction, her loyalty to Traditional country and her softness and passion in telling stories of the heart. It is what makes one believe when she says: “What my heart whispers, my soul sings”. It is why Vanessa Bourne is YOUNG AT HEART.