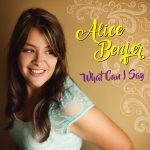 Cattle, sugarcane and country music have been staple ingredients in Alice
Benfer’s life. Alice joined a local country music club at the age of 7, belting out
a song at every available chance and she has been unstoppable since. From an
early age, Alice performed in the Talent Quest circuits with much success.
With years of experience performing with bands, Alice is now performing
regularly as a Solo Artist at pubs, clubs, some charitable events and major
festivals. CMAA Senior Course Graduate 2014, she has many awards to her
name including being named Best New Talent in The Gold Medallion Media
Award’s twice. Alice is thankful to have a number of chart topping singles and
successful recordings. Recently being named Green Brother’s Country On
Keppel Talent Search winner 2021.