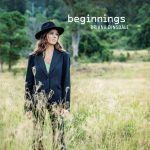 Briana Dinsdale is a rising country artist whose third single, ‘I’ll Run To You’, from her debut album ‘beginnings’, is out now and available to stream on all major streaming platforms!

Briana has released two singles from her debut album so far, both of which have received international airplay on country and independent radio stations in addition to charting on multiple indie country charts around the world. Despite Briana Dinsdale recently bursting onto the music scene, the young songwriter has already been awarded a 2022 CMAA Academy Of Country Music Keith Urban Scholarship, received a bronze award for being the 2021 Female Emerging Artist Of The Year at the International Singer Songwriter Awards, and won the 2019 CCMA National Junior Songwriter of the Year at the Tamworth Country Music Festival.

Having always had a natural affinity for music, the Brisbane based eighteen year old songwriter has honed her craft since she began writing songs at the age of six to become the artist that she is today. Although she receives inspiration from a number of artists such as Kelsea Ballerini, Maren Morris and Taylor Swift, Briana Dinsdale combines a variety of compositional elements to form her unique and authentic sound.