13. Wouldn’t Be Dead for Quids

The Original Eric Read is the culmination of many decades of songwriting for Eric Read, a Sunshine Coast-based entertainer— with comedy songs and ballads featuring on this latest album.

Featuring the award-winning song Wouldn’t Be Dead for Quids, a cheeky yarn about a bloke who worked in a funeral parlour, which won the Tamworth Songwriters' Association 2020 comedy novelty award, and several other songs which have captured the judges’ attention in several recent songwriting competitions.

These include The Generation, inspired by Eric’s parents’ generation; Cliches is a 12-bar blues twist on a few of today’s business and social cliches; Granny’s Grave, with the use of pedal steel and country feel, is the story of the bayside landmark, the resting place of early settler Annie Raddlestone, in Eric’s hometown of Warrnambool, Victoria, “It’s a Dirty Job and Six O’Clock Swill was originally an idea for a poem recited on a beer coaster by an Aussie mate Ocker in the Coach and Horses Hotel in Melbourne. 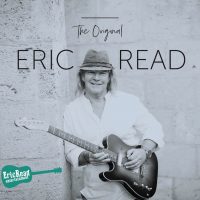 1 × Eric Read - Wouldn't Be Dead for Quids (MP3)
$1.65
We use cookies on our website to give you the most relevant experience by remembering your preferences and repeat visits. By clicking “Accept”, you consent to the use of ALL the cookies.
Do not sell my personal information.
Cookie SettingsAccept
Manage consent