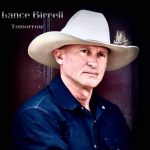 Lance Birrell is one of Australia’s most sought-after entertainers. A multi award-winning artist, singer/songwriter, with versatility allowing him to cover a wide range of musical styles from Country through to Rock classics.  A vocalist and multi-instrumentalist based in Dubbo NSW, Lance continues to tour throughout the country, performing at major Clubs, Hotels and also many festivals during the year.

A recording artist with three country albums to his credit and his single “I Believe In Beer”, co-written with Angus Gill, peaked at number 4 on the Australian Country Top Forty Chart and remained in the top 10 for a period of 10 weeks.
Lance is currently working on a new album featuring his brand new single titled “Tomorrow”
A prominent session musician, Lance has a studio at his home where he continues to record and produce songs for himself and other artists.