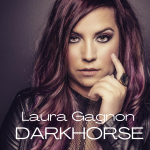 Laura is a COUNTRY/POP/R&B/ artist who grew up in small town Strathroy, Ontario. She developed her love for music while curled up underneath her parents’ piano during band rehearsals when she was 6.

Throughout her music career Laura has opened up for Canadian icons “The Mcauley Boys” and Rolling Stones Keyboardist “Chuck Leavell”. In 2011 & 2012 she won “Pop Artist of the Year” at the London, On Music Awards and developed a rising star female showcase called “The Doll House”, Celebrating Canadian Women In Music” which spawned Canadian “The Launch” winners “Poesy and Saveria”.

Laura performed and toured with the popular Paul McCartney and Wings tribute act, “The McCartney Years” and toured throughout the United States with stops in Mexico and Canada as well as opened up for “Trooper”.

Laura has been playing venues for 18yrs which included a spot at Canadian Music Week then went on to tour Canada and was invited to perform the Canadian National Anthem in the France communities that commemorated the 100th anniversary of the battle of Vimy Ridge.

Laura is now working with Producer, Roy (Royalty) Hamilton ||| out of Toronto, On and is thrilled to be signed to label “The Singers Company” and plans to release her next single “Runaway” and begin the next phase of her career.