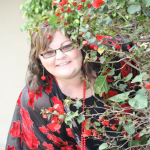 Michelle Russell has Country Music in her blood. Being part of a large Aboriginal family singing was second nature, which is why it was such an honour to sing with Country Music’s gentleman, Jimmy Little.

Michelle resides in Bibbenluke NSW and is currently in the process of recording her 3rd Album, with Simon Johnson at the Hillbilly Hut, which will be released in 2023.