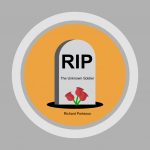 Richard Porteous won a Golden Guitar in 1998 for his song Living in a Circle (performed by the Dead Ringer Band) and has also had success with his songs performed by many other artists including Karen Lynne, Catherine Britt and Laurel Edwards.

He has returned to music making after more than a decade break away from song-writing and music production.

Richard currently lives on a small property north of Cairns and works out of his Green Room Studio.