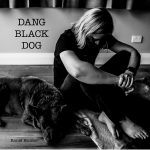 South African born Singer Songwriter Ronél Hunter’s musical journey certainly didn’t happen in a straight line.  As a child she wanted to be a singer and performed in primary school productions with great enthusiasm, an enthusiasm and confidence which she lost during her high school years. During these years you would find her on the athletics field representing South Africa in the 800m race.

At the age of 18 she bought her first guitar and began her self-taught journey with guitar and songwriting.  Ronél started performing at lots of local arts festivals around South Africa with her band ‘Griet’, who mainly performed Afrikaans folk/rock songs written by Ronél.

In 2009 Ronél came to New Zealand for a working holiday. She ended up meeting her husband and becoming a Citizen. The couple built their home in the beautiful Kaka point, in the Catlins and they have 3 children.

During her early years in NZ, her music was mainly heard in the Local church in Balclutha, where she was leading worship on Sundays. Then in 2016, she produced a Gospel Ep to promote the song ‘Set The Captives Free’ which she wrote to raise awareness on sex trafficking.

In 2018, she joined the local Dunedin Folk club where she was encouraged to get back out there and she was now performing at venues and festivals around New Zealand.  In 2020, Ronél released her debut album, ‘Move At Will’. Song themes include encouragement to be yourself, Motherhood, dealing with depression and heartbreak and finding new love.  Influences on her music include Tracy Chapman, The Cranberries, Dolly Parton and, in recent years, Mary Gauthier and Guy Clark.

New Zealand went into lockdown days after the release of her album and a loved one, in South Africa, passed away shortly after. Spiralling into depression, Ronél threw herself into her writing and her newfound love for fishing. She enrolled into some “one on one songwriting sessions” with Mary Gauthier, who helped her to face some of the emotions and to be honest about them in her writing. It was a journey of emotional truth, leading to a new depth in her music.

Ronél is now releasing “Dang Black Dog”. A song about dealing with depression and grief.