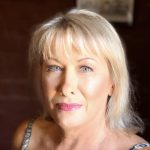 Trisha is releasing her original single ‘Only In My Dreams’ to Radio both in Australia and worldwide and just enlisted Blue Shamrock music for its distribution.

Goulburn Valley country gospel contemporary singer Trisha Hicks has a video clip on YouTube for her new single ‘I Would Go Anywhere’.

The Nathalia raised singer is promoting ‘Country Hope’ – an album that benefits cancer research and help for country children.

Trisha Hicks has performed all over Australia and the U.S. and is well known for her T.V commercial for Christian Television Association Now Is The Needed Time.

The singer, whose career began at 15, has released three albums and two singles and reached Top 10 in the Tamworth Star Maker – the year expatriate Australasian superstar Keith Urban won.

In 1987 Trisha guested on a Sydney country gospel album New Game with the Gospel Mountain Band.

The latter-day Sunshine Coast Qld singer released her solo recording ‘Sincerely Yours’ in 1994, later reprised as ‘Follow That Dream’. In 1995 she released ‘Only In My Dreams’ and in 1997 the single Needed Time.

The mother of three is promoting the new single and video for ‘I Would Go Anywhere’. All proceeds go to Country Hope – an Australian rural based family centred support programs for children with cancer or similar illnesses. Trisha is also an ambassador for Homes of Hope International an organisation helping orphans, widows and the poor and rescue of those trafficked into slavery and prostitution.