Vocal quartet of singer-songwriters from the Blue Mountains of NSW, formed in 2007 and comprised of Stephen Brady, Alissa Stewart, Liz Green & Sandra Young. They have performed individually and have collaborated in various combinations since the late 1970s. Stephen & Liz recorded & regularly performed together as Cascade in the 1980s.

Their repertoire of original & non-original material embraces a broad range of musical genres as demonstrated by the 15 tracks on ‘Arrow’, their first album now proudly released on the Blue Shamrock label. Their essentially acoustic musical styling encompasses a delightful fusion of country, folk, bluegrass, gospel, celtic and roots music. All 4 members share lead and harmony vocals throughout the album and during live performances. 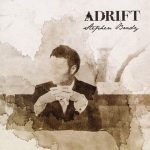 Stephen Brady
In 2006, after several years indulging his love of travelling through Nth America, Stephen decided to renew his musical partnership with Liz and Sandra and revive his recording career. The trio, with Alissa’s inclusion, then became a quarte. Stephen, together with producer/bass player Sean Rudd, has been planning and recording both the quartet album, ‘Arrow’, and a solo album, ‘Adrift’ during the last 3 years. 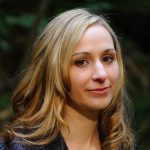 Alissa Stewart plays piano and received her musical training at the Glenbrook School Of Music in the Lower Blue Mountains. She has performed at weddings and contributed backing vocals for Nebulae in 2002 when they recorded their album ‘What Lies Between’. 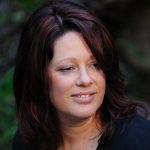 Liz Green’s introduction to singing and public performance came via singing with her church choir. She began singing with Stephen Brady when she was 16 and they performed & recorded together as ‘Cascade’ throughout the 80s and early 90s. While a teenager Liz was a divisional winner at a regional Eisteddfod. In recent years she has been acting in musical theatre with lead roles in ‘Oklahoma’, ‘Pirates Of Penzance’ and ‘Annie’ in which her daughter Annie was a fellow cast member. 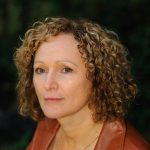 Sandra Young is a singer – songwriter – guitarist from the Blue Mountains who began her performing career back in the late 1970s. Sandra began her singing career performing at a shopping centre. Since then she has sung at the Opera House in a show called Music Makes Memories. She won first place on TV talent quest Pot Of Gold. Performed in cabaret shows with country artists Johnny Russell and Darryl Lee and as support act for John English and Marcia Hines. She was part of a touring country music show with Tamworth’s Garry & Robby Brown. Did regular club & restaurant as a duo with guitarist Luke Grgich and was also a member of 5 part harmony band Timpani. Steve, Liz and Sandra have been singing together on & off now for 30 years.