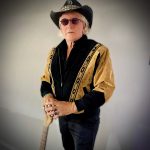 Don Allen is an award-winning Country Music artist located in Queensland Australia. His passion is traditional country, with his latest albums having been recorded in the heart of Country music, Nashville TN.

Born and raised on a dairy farm in New Zealand, from a young age Don has been heavily involved in the country music scene in NZ, Australia and in the USA. After his stint living in the USA in his 20’s, Don was moving back to New Zealand but made a stopover in Australia that has lasted 35 years!

Don has recorded five studio albums – “Let it Be Me”, “For the Life of Me”, “One for the Road”, “Only Time Will Tell” and the most successful “90 Proof”. Songs off “90 Proof” earned Don a string of hits on country music charts throughout Australia and internationally. It also had him successfully nominated in the prestigious Josie Show Music Awards 2017 and 2018 in the USA.

Following on from the successful 90 Proof album, ‘The Don’ has been back in the studio with KLP Records – and has created a brand-new album which will showcase some fantastic new music, plus some excellent covers of Don’s all-time favourites such as –

Don is looking forward to another very busy and successful year doing what he does best – and that is taking his big country voice and unique style to the masses. Keep your ears and eyes open, there is so much more to come from this man!
https://www.facebook.com/DonAllenOfficial/