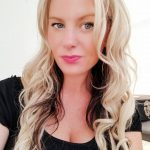 Kristen Bezemer (Innersha), an Ontario resident, began singing and performing in childhood and has spent many years honing her craft. Having performed at hundreds of shows she is ready to unleash her talents.

Originally a brother/sister duo act, which started in 2002, Innersha morphed into a solo act following the unexpected passing of her brother & band co-founder, Justen.

This upcoming year Innersha will be back in the studio to finish her full album as a mature, strong and talented Innersha emerges to centre stage to share her music with the world and inspire people to believe in their dreams and to believe in themselves.

Innersha which is a play on “inertia”, (Inner-sha) meaning a tendency to do nothing or to remain unchanged, is proving why she is here to stay. Constant in her creativity, passion, and dedication to her music career.